I have owned the BrianGarside domain for a long time, but I’ve never done anything with it until January 2015 when I realized I needed a permanent home for all of the writing, designing, and illustration I do that eventually vanishes from the ever changing landscape that is the World Wide Web.

After building this site, I realized I needed to do something to get the word out about it. I have a host of business cards from businesses I no longer have any involvement in, but I’ve never made just a “Brian” card. So I set out to do that.

I’ve had an obsession over clouds for a long time, my favourite Photoshop tutorial I ever did taught me how to build realistic clouds. I’ve had a cartoony cloud that I have used in a few different things, and I’ve been drawing relatively the same iconic “Brian” face for a few years now.  I thought to combine them into one thing.

The first stage was to sketch out some concepts, after a couple of pages of rough ideas, I came up with one that I really liked.  I prefer vertical card design because it is different without being weird, and allows for more interesting placement of your information.

I have a package of comic book trading cards that I sketch fun little things on from time to time, so I decided to mock up the card using one of those.  I really liked that so I set out to recreate it.

For fonts I chose KG Second Chances for my name (which is the same font I use on this site), and a new font I purchased called “Gentleman“.

I mocked and printed out a few of them, and ultimately settled on the version with just a cloud and my initials.

My Own Business Cards 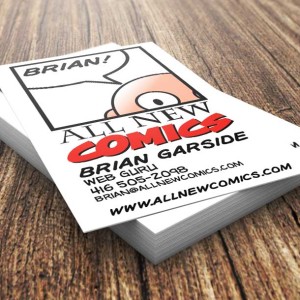 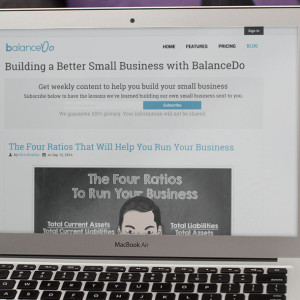 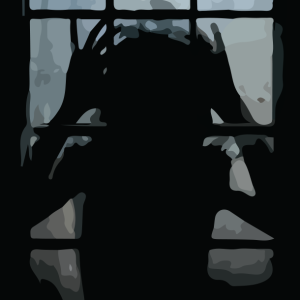