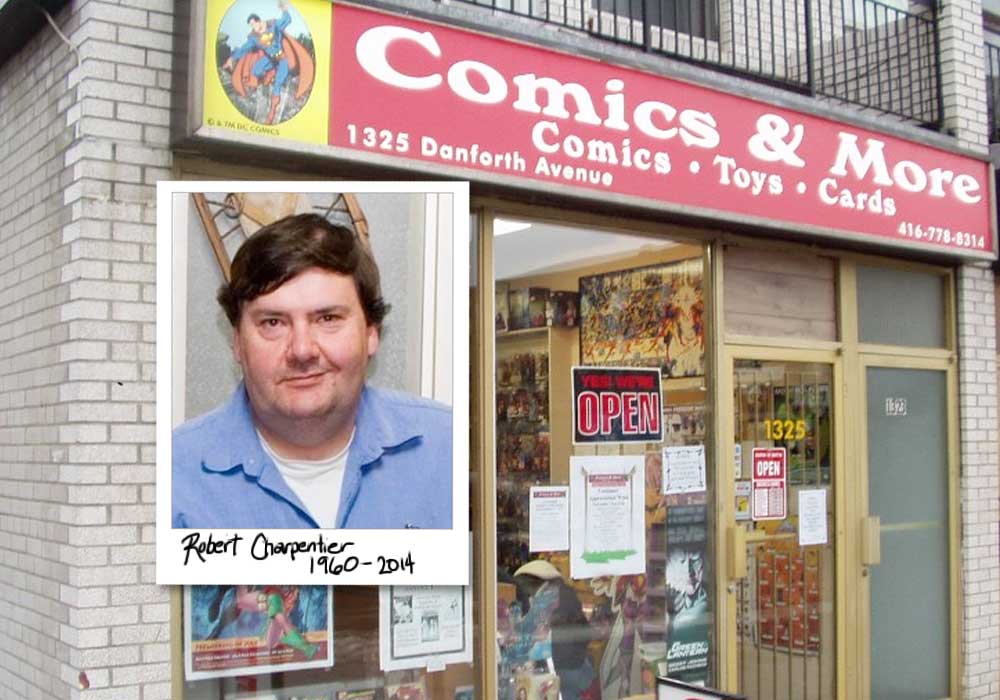 Rob passed away a year ago this past Saturday.

He was my comics guy for the better part of a decade. He was the reason I travelled an hour in to his store every week for a year. It’s because of him that I became a comics guy. In a lot of ways, the guy who called himself “The Man Who Did Nothing” changed my life.

For comics fans, there are few relationships more intimate than your comics guy. As a former comics guy myself, you learn a lot about a person by what they read. You learn to anticipate what they will buy, and you find commonalities to talk about.