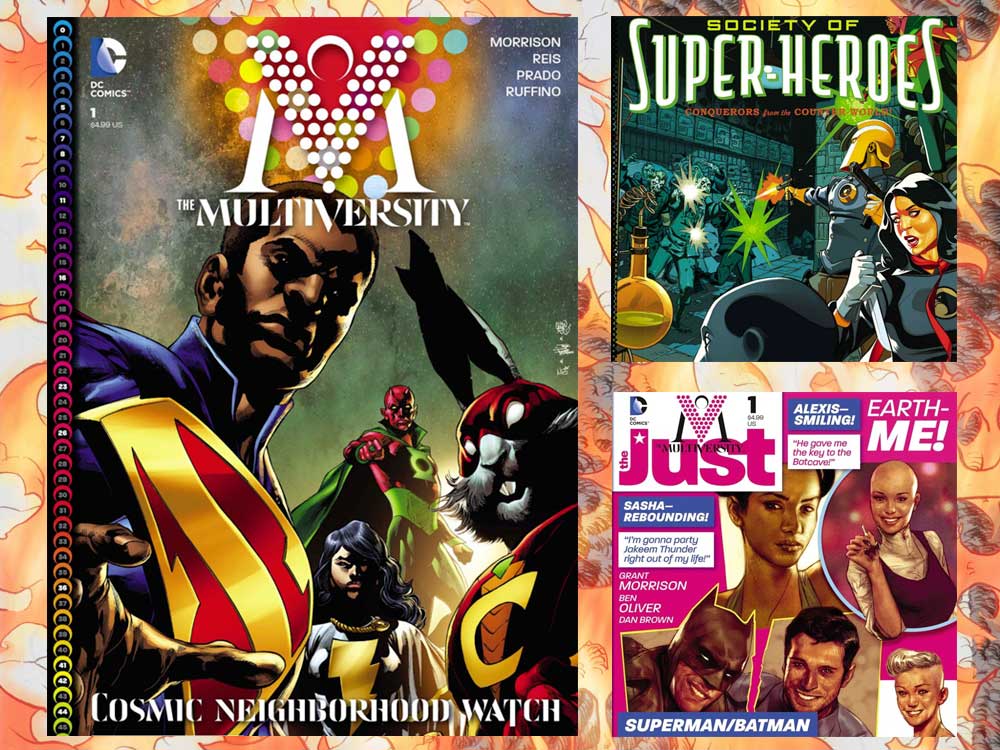 This is my first new comic book review since August 31, 2011 when I reviewed Justice League #1, the first comic of the “New 52”.  This one shouldn’t come as a surprise though, as Grant Morrison owned a full 10% of my “50 Greatest Comic Runs“.

Grant Morrison and Ivan Reis bring us the first iinstalment in the culmination of Morrison’s involvement in the mainstream DC Universe with The Multiversity.  Morrison is bringing all of his chickens home to roost with this one, and with this issue he deftly ties in threads from his runs on JLA, Final Crisis and Action Comics among others.

Morrison is a massive DC Comics fanboy, he’s been a fan his entire life, and loves to pay homage to tradition, while taking things in entirely new and unique directions.  One of my favourite Morrison concepts, the “Super Young Team”, a Japanese super hero group, was his take on Jack Kirby’s “Forever People”, which is amazing because the two couldn’t be more different.

His run on Batman is among my very favourites, and he wrote what I consider the definitive “Dick Grayson as Batman” story in Batman and Robin.