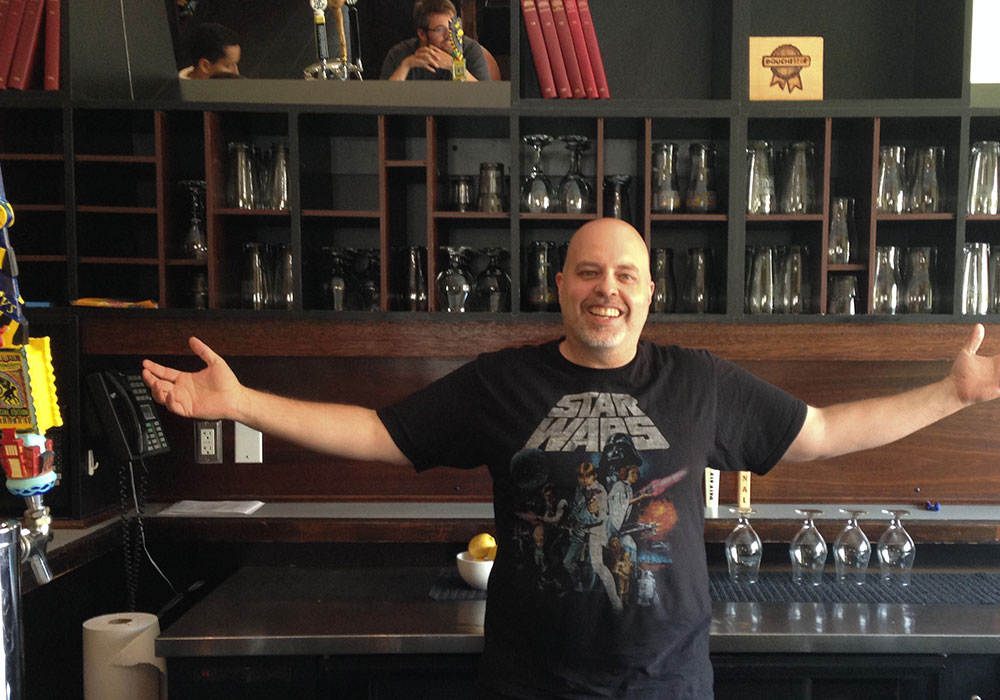 Thursday September 3rd is officially my last day at the Info-Tech Research Group where I have been since December 2006.  I had a blast in my eight years, eight months and twenty four days, but it’s time to move on.

I’m incredibly grateful for everything that Info-Tech did for me. We were able to move from Ajax to London, and during the transition, I worked out of the Toronto office from December until March 2007 when we officially made the move to London.  We managed to cut our expenses so much that Charlene was able to stay home with Kaylin and then later with Maks without having to worry about our finances too much (although times were tight during those diaper-heavy years).

I’ve been on several amazing work trips. I’ve been to Las Vegas several times, Austin Texas, Baltimore Maryland, and Chicago on two different occasions. I was winner of President’s Club 2013 and got to travel to the most amazing resort in Mexico. I have been spoiled with training, and learned to become an amazing manager and mentor because of the spectacular learning and development programs that Info-Tech prides itself on putting management through.

When I tell people about my work, I tell them that it’s where I go to hang out with my friends. I literally work in a converted bar right now, where at any time I can go behind the bar and pour myself a beer from one of the four craft beer taps. Where my co-workers get together at night for games or to play softball. Where we have a PS4, a pinball machine, table tennis, and two Apple TV’s on 50″ TV’s.

People say “With all this amazing stuff, why are you leaving?”.

It’s a great question, and one that I’ve asked myself for more than a year.  My role has evolved, and I no longer build awesome websites or create amazing user experiences.  For the better part of the last two years I have built, mentored, and managed an incredible team. I have 13 people who directly report to me between two offices. They are awesome human beings and I am incredibly proud of the team that we’ve built, but thirteen people is about one and a half people’s full time jobs.

In addition, I support the website, I triage a lot of problems, I maintain a bunch of little things, I do a lot of business analysis, I do quite a bit of usability consulting, I am available to riff on designs, to check in on people to make sure they’re doing okay, and there are meetings…so…many…meetings.

It’s an incredible challenge, but I started wanting more. I wanted to get back to the stuff that I am passionate about. I want to build awesome websites. I want to develop my own products. I want to help small businesses become better.

That’s the thing I have been passionate about since 1997, and the products I am proudest of, HeadsDown, All New Comics, BalanceDo, they were all about empowering small business to take advantage of the internet to transform their business.  I’ve run several businesses before, but I’ve never gone “all in” on one.

I wrestled with this for a LONG time, Char and I talked about it a lot, and ultimately we realized that this is something I have to do.

I have run several businesses on the side before, all of them have failed because I didn’t go “all in” at some point. I am in my early 40’s and I see my chances of starting my own business slipping away.

This last two years has forced me to take a good look at my own mortality as several people close to me have struggled with their health.  Last year I had a couple of health scares that really made me take stock of what I was doing, and I realized that I wanted to make sure that I went all in on my own thing at least once.

That’s why I’ve started NorthIQ Business Solutions, where I will get back to my small business roots. I want to help offline businesses find their online home and help them get their next $100k in revenue.  I will be paying particular attention to comic shops since that’s a business I know very well.  My new SAAS venture Manage Comics will let comic stores finally move out of the paper binders and help their customers learn what is new, and increase their per-customer average sale.

Plus, after years of threatening it, I finally started my own podcast!  Sequential Friction is a podcast I co-host with Liam Nickerson, which is all about pop culture and comics.

I’ve got a great network of people I have worked with in the past, and I’m looking forward to working with a lot of them again in the future.