How the Royal Bank of Canada – RBC acts completely incompetently 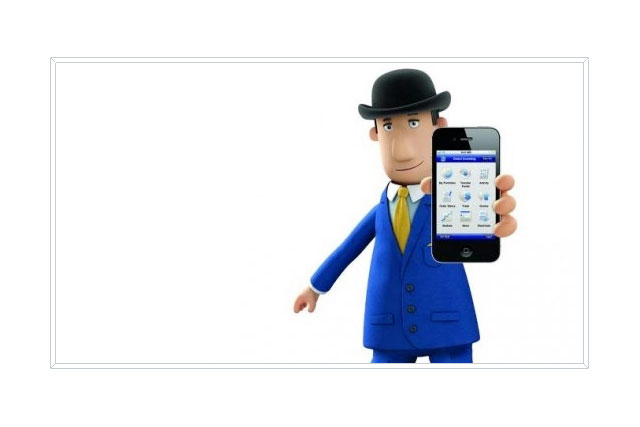 This year (2017), I incorporated my business, and went to RBC to create an account.  The first version of this account was built completely wrong, with the account in the numbered corporation’s name, rather than its trade identity. The new corporation was granted a credit card, and when paperwork started rolling in I found out that in addition to the name of the company being wrong, I was also listed as “Mrs Brian Garside”…I assure you I am not a Mrs.
Fixing this error required closing those accounts and starting a new one.  This would include a new credit card.

During this time I got a call from RBC Client Care asking if I would participate in a survey.  I spent 20 minutes answering all of their questions, and explaining in detail where they went wrong.

After creating the a new account, in the correct name, I then proceeded to transfer all of my payments, my payroll account, and everything to this new account. During this time I was assured that a new credit card would be issued as well.

In October I was informed that some paperwork was missing, and I would be required to post that information in order to keep my account working. My bank representative said that she would take care of this and apologized profusely.

Of course, it didn’t end up getting properly taken care of, despite the personal reassurance of my banking representative at the branch…which by the way, was the only place I could go to get this done…and in November, my account was suspended.

I received no notifications, and the only way I found out is because an invoice that a customer was paying could not be accepted by my bank account.

The bank confirmed that the information had never been received. I went into the branch, spoke with the branch manager, who confirmed that everything to set up this account had been done wrong. He fixed the problems, and three days later, my account started working again.

During this time I developed an incredible pain in my jaw from clenching my teeth at night as I stressed about making payroll and what would happen to money that was trying to be deposited into my account by customers…and how sketchy that made my business look that I couldn’t do something as simple as accept money into my account.

When I went in, I found out that the previous account had not been closed properly.

Fast forward to today. I log into my bank account, find that four months later I still do not have the credit card that I was promised in August, and that my bank account has mysteriously developed a new bank account – where once there were 2 accounts, one for my operating line of income and one where I store taxes – there is now a third.

I contacted my business banking representative about the credit card was told that because the original application expired, I will need to do a new application for a credit card, and I need to provide my 2016 tax receipt, as well as information about the value of my home…none of which was originally required.

I’m incredibly disappointed with RBC’s ability to get even the most basic parts of business banking right (the ability to open an account, to transfer money, and to take money out), and I have no faith in their ability to make problems right because they have failed at every opportunity to make things right.

I have been told time and again “I understand your frustration.” and “I apologize for the problems this has caused.” but nobody has done the right thing at any step of the way, and I feel like small business does not matter to RBC, and NorthIQ Inc. especially does not matter.

I have emailed my account manager and the branch manager and informed them that I will look at other banking options.  There is plenty of choice in Canadian banking, and there should be no room for this level of incompetence in a bank.

I have posted this on LinkedIn, and on Facebook, but there has been no response from RBC. I also wrote a lengthy email to RBC Client Care.

To date, I have heard only crickets.

Since posting this, I’ve arranged an appointment with Libro Financial for Friday, they called back to confirm the time and let me know who I would be talking to, and what documents I would need to bring. Additionally, I’ve had someone from Libro reach out to me on Twitter.

RBC hasn’t even responded to the email that I sent directly to my representative and the bank manager telling them to cancel my application for a credit card.

Late this afternoon I received a detailed email from my branch manager which went through the history of what happened with my account and why it happened, but no real resolution on how to fix it other than for me to come in and provide even more information.

I also heard from the general manager of the London RBC branches, who wanted to express her sympathy and who asked me for any recommendations to solve this. Unfortunately I can’t trust RBC with my business since they can’t get simple things like my gender pronoun right, so I am moving on.

Tomorrow I have an appointment with Libro to move my business to a smaller institution which I feel will be more in line with my company’s vision.