See You Around Mike 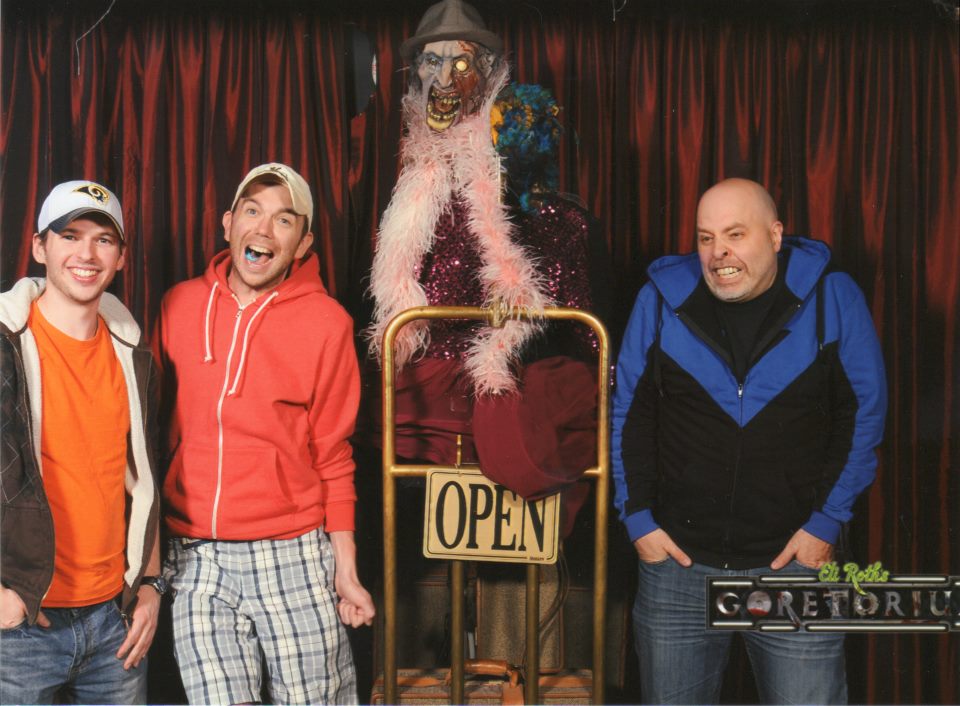 Today is my friend Michael Halliday’s last day at work.  I’ve been at Info-Tech for seven years, he’s not the first person who’s left, and he won’t be the last…but he’s the one I’ll miss the most.

It all started when I didn’t hire him.

Mike came in for an interview at Info-Tech with my boss Gord and I.  He was charming, personable, and incredibly bright.  He’d worked with Gord before, and was a solid coder.  He answered everything right, and told us he was doing iOS development (this is four years ago when that was still a relatively rare skill).

We left the interview promising him we’d get back to him, and had him on our short list.

But I didn’t hire him.

A couple more interviews, and we found another guy, Dave, who looked like he had a ton of skills we sorely lacked.  We came up with a plan to hire Dave, and bring Mike in on a contract to build our iOS site.

We brought Mike in on a contract, and on his first day I had to drop him off at a desk as I sped off to a meeting (this is before I learned that I should buddy new hires up with one of the folks who arrive at the office at 8am).  Poor Mike was thrown to the wolves, sitting at a desk that was just recently vacated by a very popular researcher, and left to find the coffee machines, washrooms, and his co-workers.  Not my finest hour.

I really enjoyed working with Mike from the very beginning, and I asked Gord if we could throw him some regular work. We started getting Mike working on just general maintenance things.  I’d toss him something I would assume would take all day, and an hour later, Mike would be back at my desk looking for the next thing.

My joke with him was that he must be stopping time, because it was impossible for someone to be this fast.  He was though, Mike was just that damn good.

Needless to say, I became the biggest Mike Halliday cheerleader on the planet.  I lobbied to hire him, I told anyone who would listen that he was a rock star, and I started to coach and mentor him.

Mike was hands down the best person I have ever had the pleasure of coaching.  When he first came to us, he would get super nervous standing in front of people to talk, we worked on that, I gave him some tips, and he knocked it out of the park.  When our systems architect left, Mike spent the better part of two weeks shadowing the old guy, and understood our server architecture better than anyone.  Then he spent the next several months enhancing it and improving it, to the point where it was better than ever.  We pushed for better coding standards, automated tests, moving from SVN to git, and using features like pull requests to do better code tracking.  We are light years better now than we were four years ago, and that is almost singlehandedly due to Michael Halliday’s contributions.

Mike progressed from contractor, to intermediate developer, to senior developer, to architect, and he rocked it at every single step.  He spoke in front of developers in San Francisco, and taught our developers at work how to be better.

Outside of the office, Mike and I became friends.  We bonded over bottles of wine in Austin Texas (where the man poured a glass of wine with a legendary meniscus), and shrieked like terrified little girls at Eli Roth’s Goretorium in Las Vegas (I seriously have no idea how such high pitched noises came out of either of our mouths). I have travelled with him more than anyone outside of my wife and Ryan, and while I make fun of his travel quirks, the truth is he is a lot of fun to travel with. We watched our kids play together, started, and folded two businesses together, and became very good friends.

Mike has gone through a lot of really horrible stuff this last year, he’s survived a couple of monumental tragedies, and I sat in awe as he eulogized his mom in front of a packed house, confident and brave, not a shred of the scared dude who used to get so nervous in front of a half dozen gathered people.

Mike also became a manager, and while I was angry in the beginning that I was losing my best developer, I gained a colleague in the process, someone who was better than me in so many ways, and whom I’ve learned a lot from in the last year.

Of course, this is his last day with us at Info-Tech, he’s moved on to a new challenge, going back to his roots as a developer at a company called “Red Guava” out of Australia, where he’ll be a remote worker.

He’s an awesome person, and one of my favourite people in the world, Red Guava is lucky to have him.  I will miss him day-to-day, but I’ll be annoying the crap out of him with group texts, BBM’s, and random lunch dates (the dude works from home, and lives five minutes from my house…he’s gonna need to get used to me showing up for lunch).

This isn’t goodbye, this is just “see you around pal”.