Thank You Gord Downie for Reminding Me What Being Canadian Means 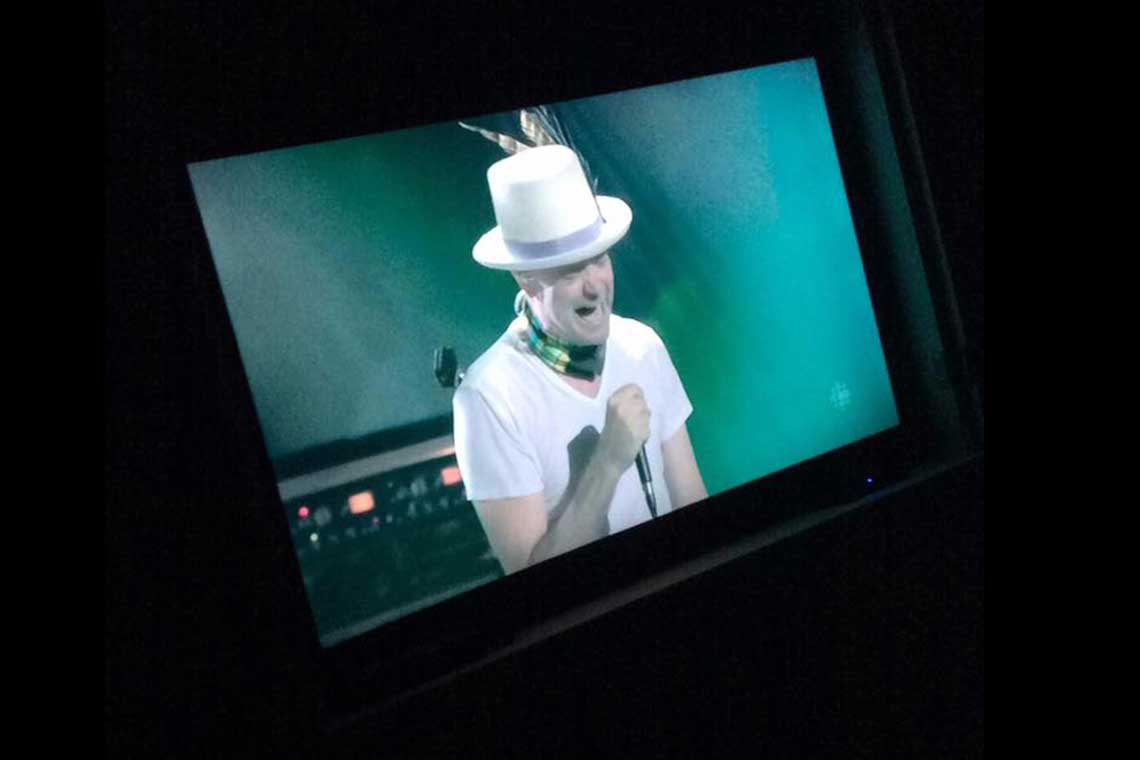 Something has happened in this last year, it might be because we saw the depths of idiocy with Rob Ford acting like a laughing stock, or it may be that we looked into the eyes of Stephen Harper and found him lacking. It might be because we elected a fourty-something former school teacher with model good looks as our national leader, but despite how horrible the rest of the world seems to be getting, Canada has been a haven for feel good stories.

We’ve brought in more Syrian refugees than we had originally planned. I’ve had the opportunity to volunteer at my kids school for some field trips, and I am amazed by these kids who’s lives were totally upended, but who are embracing their new lives in a new country where they don’t even understand the language.

On Saturday when 11 million Canadians came together to celebrate the Tragically Hip, it was a particular show of unity, and something that made me so incredibly proud to be Canadian.

I’m not a Hip fan, I never have been. I’ve cursed their name when they came on the radio and immediately switched the channel.

Growing up in London, they were over played nearly as much as U2 and for some unknown reason, Steely Dan (as god is my witness, I swear every third song on FM 96 was from one of those three bands from 1988 – 1993 when I left this town). My distaste of the Hip was almost Pavlovian.

However, because I couldn’t always change the channel, and because I went to bars where the Hip played constantly, surprisingly, I know almost every song by heart.

I was reminded of this last night as we watched the Tragically Hip’s final concert, and Gord Downie performing with a strength that doesn’t jive with the fact that he is terminally ill.

He spoke profoundly, yet briefly about the issues facing our Native American population, a cause he is passionate about. He spoke fondly of our Prime Minister and said “He’s going to take us where we need to go. We’re in good hands.” I, for one, believe.

When Gord said “Thank you, have a nice life.” after an amazing rendition of Grace Too, I could feel the tears welling up in the corner of my eyes.

The fact that CBC, our public broadcaster, played this event entirely commercial free, and broke their coverage of the Olympics in prime time on a Saturday night is so incredible that I can’t even describe it.

There have been tons of crappy things about the CBC and how it has mis-managed one of our most precious resources, the Canadian Airwaves. The fact that there is no transmitter in London or SouthWestern Ontario is absolutely inexcusable. It’s especially irksome since I know from my Broadcast School days that this is one of the larger markets in all of Canada.  Saturday night though, I didn’t care. The CBC did right. This was an example for 11 million Canadians to see why our tax dollars must continue to support the CBC.

I will admit, being Canadian isn’t always amazing. Our summers are too hot, our winter’s are too cold, and there are days where I just don’t want to be a Canadian.  We’ve had useless leaders, and leaders who border on evil. We’re saddled with a Premiere in Ontario who doesn’t seem to have a clue, and my own city’s Mayor is a bit of a clown show this last year.

Sometimes you have to watch a Tragically Hip concert, even though 18 year old you is cursing their overplayed tunes.  You have to do it because you’ll find yourself singing along with the crowd, and you’ll hear some of the lyrics again as if for the first time, and realize how profound and truly Canadian those lyrics are.

There’s no simple – Explanation- For anything important – Any of us do – And, yeah, the human – Tragedy – Consists in – The necessity – Of living with – The consequences – Under pressure – Under pressure.

I come from downtown, born ready for you – Armed with will and determination, and grace, too

Okay, you made me scared, you did what you set out to do – I’m not prepared, you really had me going there for a minute or two – He said, you made me scared too, I wasn’t sure I was getting through – I got to go, it’s been a pleasure doing business with you.

The day after the concert, I have so many Hip songs rattling in my brain. I’m okay with that. They’re really good songs, and they remind me that sometimes you don’t have to like the experience of growing up Canadian, but it changes you whether you want it to or not.

Deep in your bones there is a pride that we all feel when we as a nation come together, when we celebrate something amazing, and when we open our arms and our hearts to the rest of the world and show them that there is another way.

There’s a way where we don’t need to spout venom, where we can stand up for those less privileged than we are, and that helping others is easier than ignoring them. Love is more powerful than hate, and love can conquer hatred.

Today, I wonder if maybe it’s Canada that’s “ahead by a century.”