What Star Wars means to me 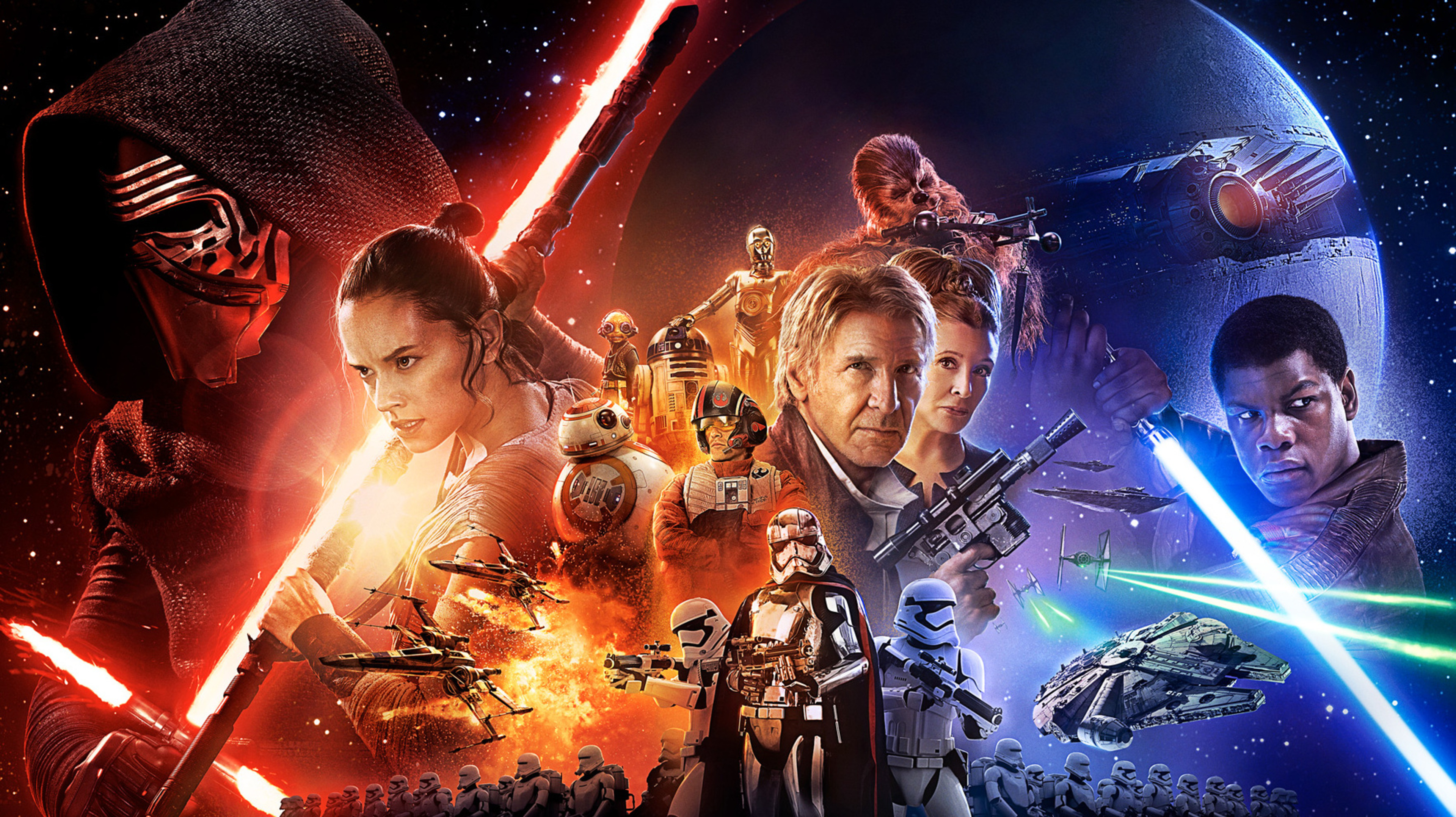 I’ve been thinking a lot lately about why I love Star Wars so much, why it holds up so well for me, and why 38 years after I saw the movie for the first time, it is still such a large part of my life.

Star Wars is a fully formed world. You get dropped right in to the middle of the story, which means you have to figure out what is going on, and while the story is a very basic good vs bad guy story, there’s levels of nuance around family, redemption, and destiny.

There are a lot of reasons that people my age have Star Wars as a cultural touchstone. For me, the first one is that I was 6 years old when it first came out, that’s also around the time that many of my first memories start. I have some flashes here and there from being younger, being told I was going to have a baby sister, sitting on the floor while she played, little things, but Star Wars I remember everything.

I remember seeing it with my Uncle Don (he and his twin brother Ron introduced me to comic books too). I remember we were in the Capitol Theatre, I remember it was the first time I saw the massive chandelier in the lobby. I remember just as vividly seeing Empire and Return of the Jedi in the Park Theatre with its massive curved screen.

I think I was in that incredibly impressionistic age in life, and Star Wars reminds me of 6, 9, and 12, the ages I was when they came out.

The first Sears Wish Book I recall was the 1977 one which sold a box that would contain the first four Star Wars figures. I must have gotten that box for Christmas, because I own those original Luke, Princess Leia, Artoo and Chewbacca figures (the plastic has recently started to get “gummy”, and is dissolving). I don’t remember that box, but I remember sending away for Boba Fett, I remember collecting UPC codes for a break apart C3P0, a 4LOM figure (who turned out to be Zukass, but we didn’t know better at the time), the Emperor, and Darth Vader with removable helmet, and I remember the interminable wait for each.

Every toy I owned after that point was in some way Star Wars related, although I also had a good number of DC Superhero figures too, their role was to cross over with the Star Wars universe.

Today, I still have Star Wars figures within easy eye sight, there’s a trio of Muggs figures on the ledge in front of me, and a mini Lego Millennium Falcon behind me.

I read every Star Wars comic (even through the horrible Jaxxon years). I read Star Wars novels including Splinter of the Mind’s Eye, every Han Solo adventure, and every Lando story. Then years later the awesome Thrawn trilogy was released, and Shadows of the Empire came around I gobbled those up too. Dark Horse Comics released Dark Empire and more Star Wars comics.

Today when I want something ridiculously light to take the edge off all of the computer programming and business books I read, I grab a Star Wars novel.

There were countless video games including the amazing X-Wing, TIE fighter, and X-Wing vs TIE Fighter series. There was a period where LucasGames could not produce a bad title (that all stopped with Star Wars Rebellion though).

This year two of my favourite games have been Disney Infinity Star Wars and Star Wars Battlefront.

When the first trailer for The Phantom Menace came out, I was in heaven. It had been thirteen years since a Star Wars film, and I went to see Meet Joe Black just to see the trailer. We got tickets at TSN, and a bunch of us went to see a 2am showing (it showed every 30 minutes starting at Midnight at the Colossus Theatre in Woodbridge). When the first lightsaber flared, I was six years old again. It’s not cool to say it now, but Darth Maul was a revelation, and the Duel of the Fates is up there with The Imperial March as best themes in Star Wars.

I saw Attack of the Clones with my girlfriend and Revenge of the Sith with my wife (who was conveniently the same person), and despite their flaws, I loved them because I was six years old again. For our fifth anniversary she presented me with my very own lightsaber (Luke’s from Episode IV naturally), and I knew this woman was a keeper, even as the six year old in me thrilled to the SNAP-HISS of my lightsaber sparking to life.

Tonight I saw The Force Awakens with my family. 38 years after I first sat down in a theatre to see A New Hope. My daughter is four years older than I was when I saw that film, my son is a year older. When the lights went down and the title card “A Long Time Ago In A Galaxy Far, Far Away” came up, I wasn’t a dad, I wasn’t a husband.

I was six years old again.