Bernie Wrightson, One of my Favourite Artists, has died 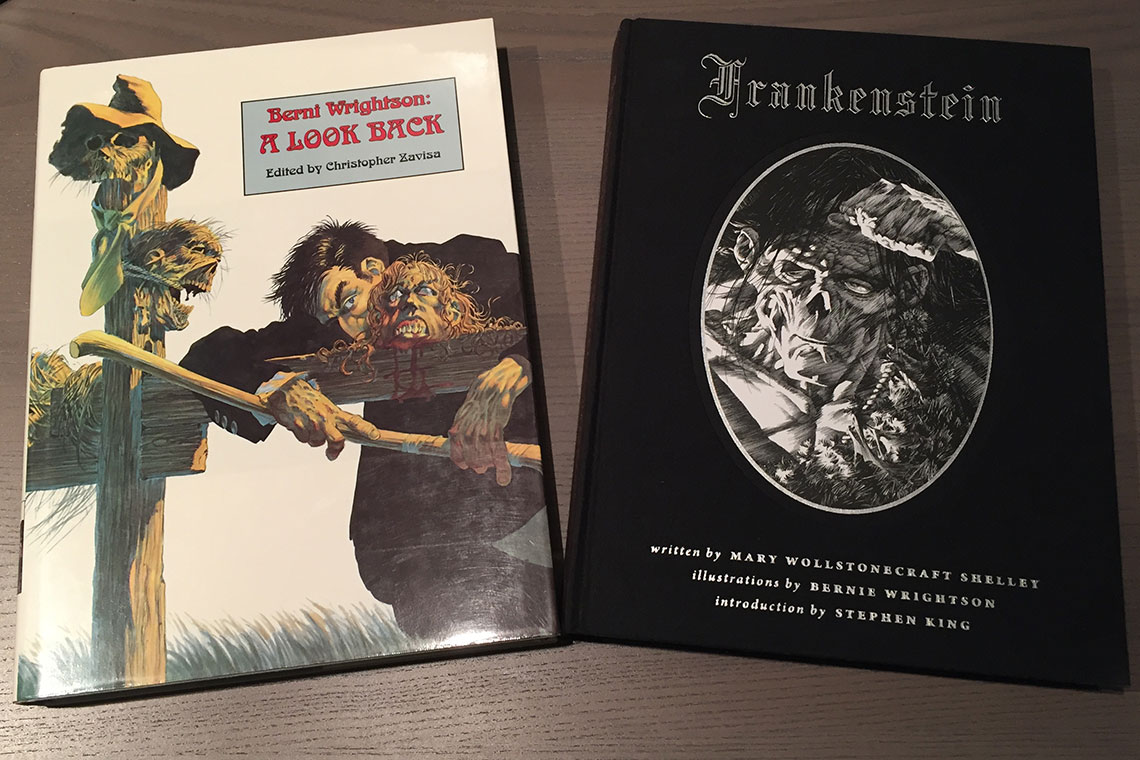 Bernie Wrightson passed away on Saturday night after a long battle with brain cancer. He was 68 years old.

He was best known as a comics illustrator who was instrumental in the horror comics of the 60’s and 70’s, and as the co-creator of the Swamp Thing for DC Comics. His most well known illustrations are for his renditions of Frankenstein’s Monster for Marvel Comics’ 1983 adaptation of the novel. Wrightson’s illustrations were based on the descriptions in the novel itself.

I knew of Bernie Wrightson as a child. I remember seeing a copy of Swamp Thing #7 at a flea market when I was seven or eight. I bought that comic and poured over it for days, as I did with every comic book I bought back then.

I didn’t know WHO Bernie Wrightson was, or what he contributed to comics and illustration until I was 19. I bought a few comics off my friend Anthony. One of them was a printing of the Bernie Wrightson Frankenstein adaption. Shortly after that I found a copy of the amazing retrospective book “A Look Back” (I own #28 of 700 numbered copies). That book introduced me to his contemporaries like William Stout, Jeff Jones, Michael Kaluta, and Barry Windsor-Smith.

I gained an appreciation of the Warren magazines like Creepy and Eerie. I learned what made an image horrific, and I studied my copy of Frankenstein like it was an ancient religious text.

I learned about figure, form, and the importance of intricate backgrounds. It took Wrightson seven years to illustrate the 50 pen-and-ink illustrations that accompanied Mary Shelly’s novel Frankenstein. It was the first time I had read the book in its entirety – even though in high school I was an avowed horror fan, reading everything from Edgar Allan Poe and H.P. Lovecraft to Clive Barker and Stephen King.

Bernie Wrightson was as big of an influence in my own artistic style as Marshall Rogers, Jim Aparo, Matt Wagner and George Perez were. Although I have simplified my style over the years where it’s closer to cartooning than illustration, I’m still able to break out the pen and ink when I want to and I can go into detailed, intricate detail.