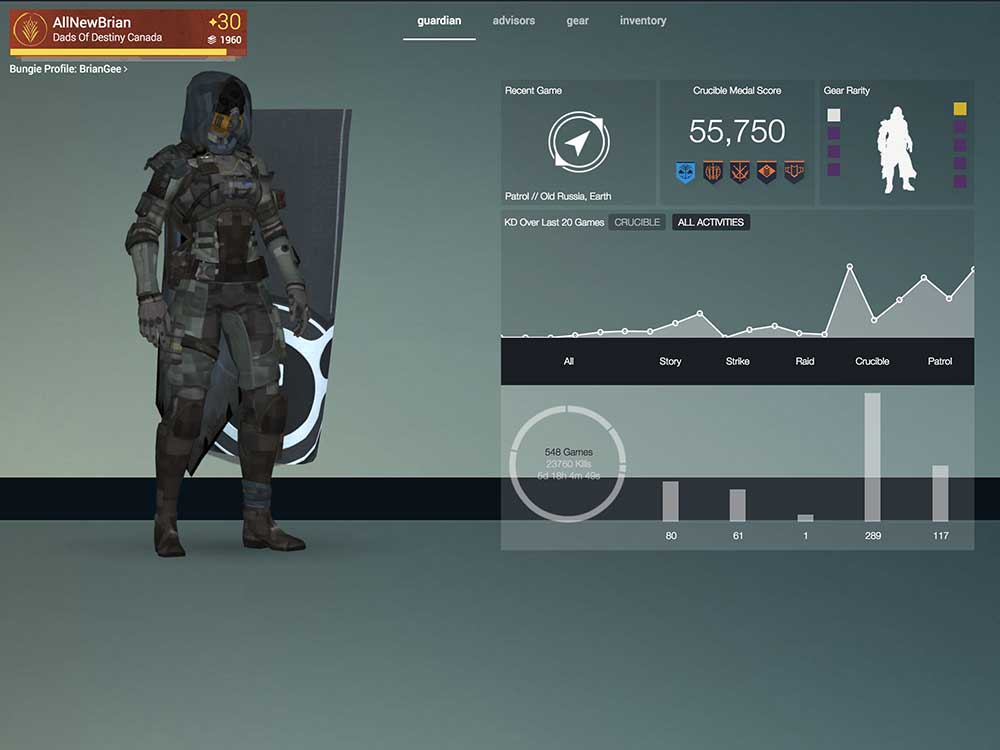 Back in September, after my PS3 died and I bought a replacement for it, I picked up a copy of Destiny with the new system (along with Last of Us, and GTA V).  I blitzed through the single player story, and started doing some of the end game content.  In the last six months, it is the only game I have played.

Destiny is the latest game from Bungie, the innovators behind the Halo franchise.  Halo is one of my favourite games of all time, with the various sequels all earning a lot of play time from me.

The main Destiny story is interesting, but not incredibly deep, it is however enough to get you invested in the world.

What happens after the story is over, and once you reach level 20 is where the interesting stuff happens.  You start to build up weapons and armour, and suddenly the single player experience becomes something that is better played with a group.  This is the point where I started looking around at things like DestinyLFG (Looking for Group), and started playing semi-regularly with various people online.

After the game is over, you are introduced to the concept of “Raids” and “Strikes”.  Some strikes you can do with matchmaking, others you need to team up with others.  It’s in these raids that you get the best gear, the best weapons, and tons of experience to buy new stuff.

Playing with people who know the game better than you helps you to become better.  It’s tough though, because not everyone has a mic, and some people are outright rude. However, every now and then you find someone who adds a lot to the experience.

I also found an entire clan – The Dads of Destiny Canada, a group of like minded dads who play when we can, and help each other to level up.  It’s cool to be part of a group of “older folk”, knowing that you won’t end up playing with some little kid who’s being subjected to your cursing as your twitch reflexes don’t react like they should.

Destiny also has a good PVP (player vs player) game, and a lot of good missions that have high replay ability.

Six months in, and with one piece of DLC, I’ve really enjoyed Destiny, and I know that I’ll be ready for “Hunger of the Wolves” when it is released next.