My favourite comics of 2015 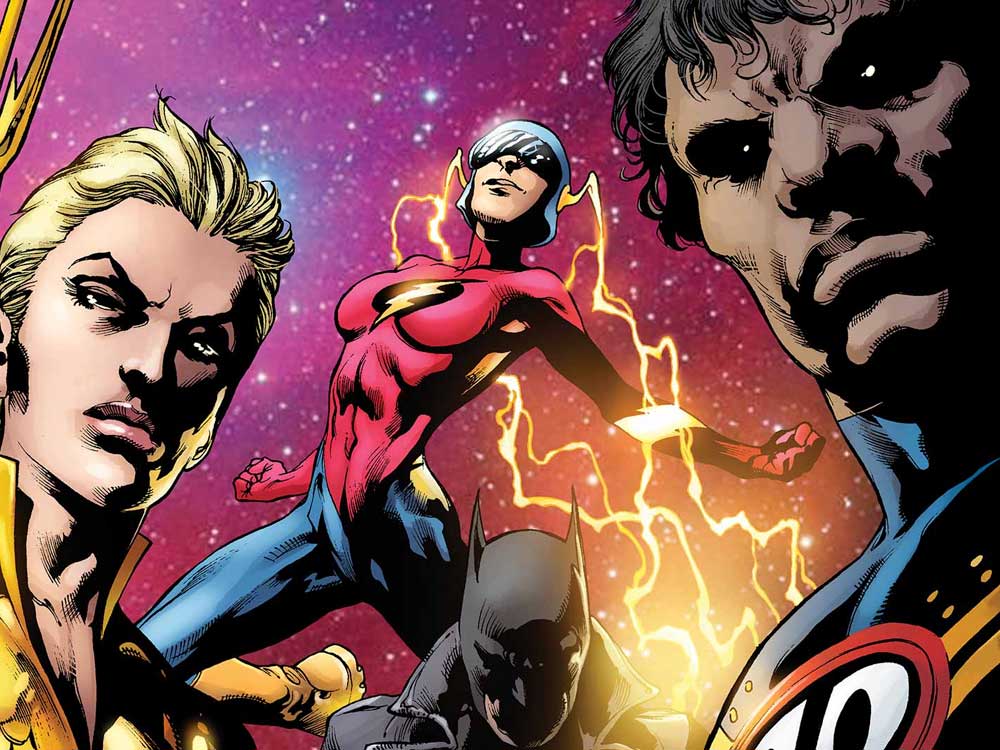 I’ve been writing about my favourite comics every year for as long as I can remember, I’ve narrowed it down to five picks each year, it’s interesting how three of the five titles on this list were here on last year’s list – My Favourite Comics of 2014, and two of them are brand new titles.

This title wrapped up in 2015 with three of my favourite installments, and an incredible deluxe collection.  We got the Multiversity Guidebook, Multiversity Ultra Comics #1, and the awesome conclusion in Multiversity #2.  I really loved this concept and the execution of this series with a group of diverse heroes from across the multiverse getting together to save the multiverse.  It was Grant Morrison at his highest concept.

I really wish that this group would get together in a regular series, Calvin Harris, The Thunderer, Captain Carrot, Abin Sur and Mary Marvel together charting the unknown would be a supremely cool comic concept.

I know it’s a controversial pick, Frank Miller is divisive, he’s lost a step, he is too right wing, but the man knows how to make a visceral comic book. You combine him with the powerhouse team of Brian Azzarello and Andy Kubert, and you have something spectacular.

Kubert has a style similar to Millar’s art on the previous Dark Knight books, which is strengthened by Klaus Janson’s strong inking which also gives some connective tissue to the visual look of the series.

The backup stories have been as interesting as the first stories as well.  There’s a bit of a cash grab here as the title is also available as a hardcover version with each issue being collected in one oversized hardcover edition. At the end of the 8 issues, there will be a special slipcase that you’ll be able to display all of the issues in.

Of course, this is the edition I am buying.

Geoff Johns is ending his run on Justice League soon, but he has one last major tale to tell as he puts the Justice League in a fight against Darkseid and the Anti-Monitor, now known as Mobius. He has revitalized the Crime Syndicate of America, and created new characters like the all new Power Ring and Grail, daughter of Darkseid.

The art by Jason Fabok has been terrific as well, very similar in style to Ivan Reis (who is now on the equally great “Cyborg”).

Two comics I would never have thought would interest me. I bought the first half dozen issues of Star Wars just for posterity, and because I figured I would download the digital files.  It was months before I read even the first issue, and I was instantly hooked.  What’s even more interesting is that I didn’t read Darth Vader until it arrived on Marvel Unlimited, and immediately I realized that it told a parallel story to the main Star Wars title, but from Vader’s point of view.

I am now reading all of the Star Wars titles on Marvel Unlimited, and they are all very high quality and great reads.

This year was a quiet one for the Walking Dead as they recuperated from the massive battles with Negan’s forces in 2014, but that didn’t stop the tension from mounting all year, leading up to one of the most shocking moments in the comic so far. The new adversaries known as “The Whisperers” look to be the biggest threat to Rick’s society yet.